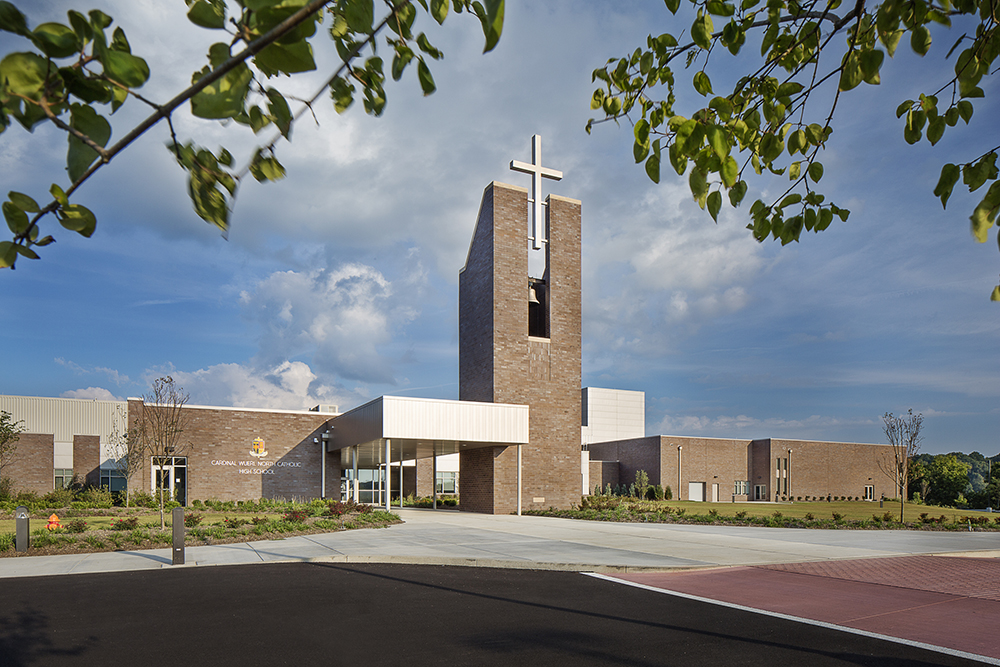 The Diocese of Pittsburgh obtained a 68-acre site in Cranberry Township along Route 228. The plan was to develop the site to build a new high school that would accommodate the relocation of Pittsburgh’s North Catholic High School to Cranberry. The new school serves up to 20 school districts north of the city and has a capacity of up to 1,200 students.

Trans Associates completed a Transportation Impact Study TIS) and represented the Diocese in the approval process with the Township and PennDOT. Once the TIS was obtained, Trans undertook the design and permitting process for the roadway improvements including: