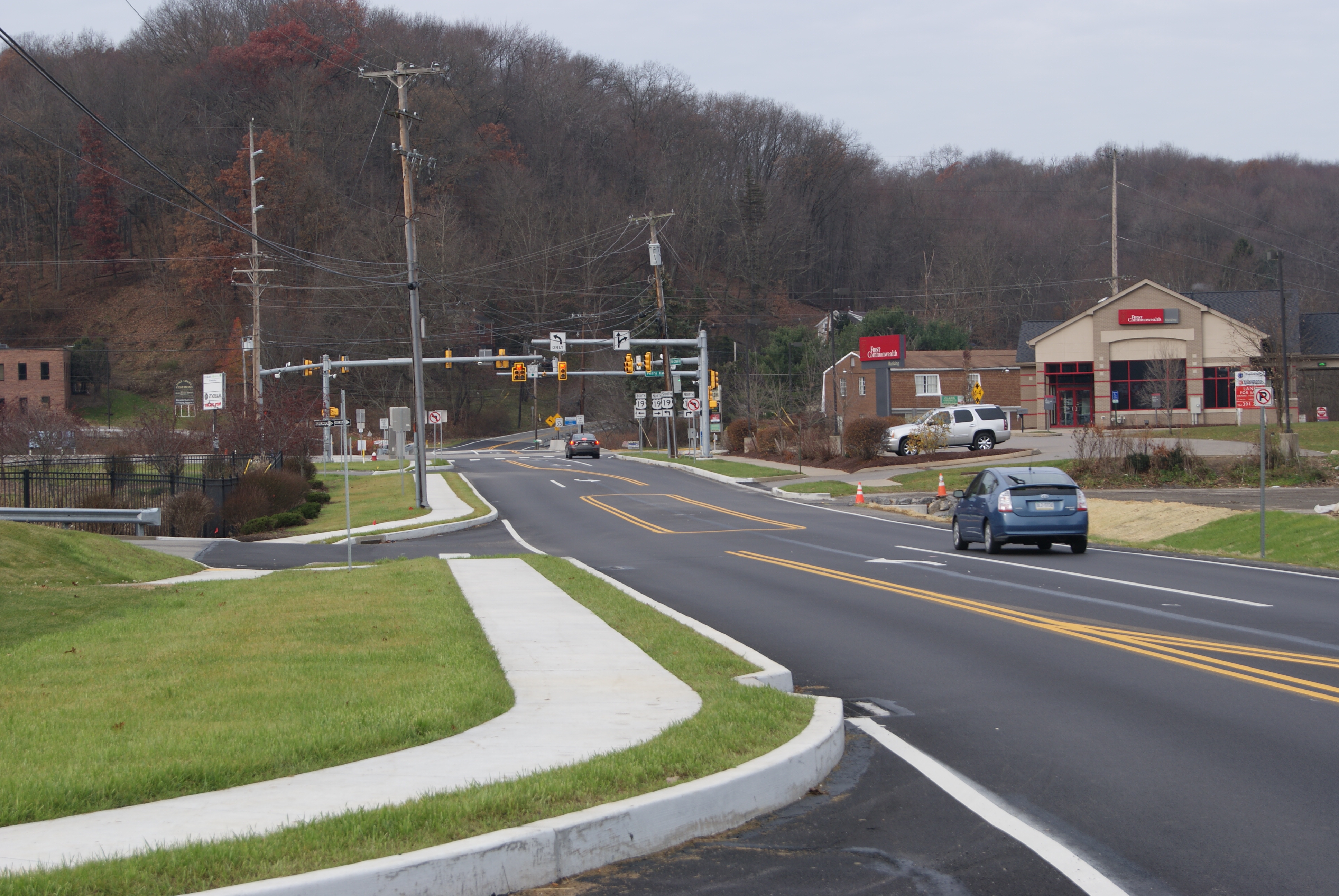 Pine Creek Road was the township portion of road that remained after PennDOT relocated Route 19 and built McKnight Road.  This segment of road in McCandless Township became an unofficial connection between the two major arterial roadways. Over time, the two lane road was experiencing congestion and delays in both the AM and PM, and as development increased in the area, improving the intersection became a priority.

Challenges for this project included widening an existing two lane arch bridge over Pine Creek that was structurally sound although functionally obsolete. Ultimately a cast-in-place foundation with adjacent pre-cast box beams proved to the the most effective way to widen the existing concrete arch and still support the concrete barrier loading. Utility conflicts were also a significant challenge including a conflict discovered with the existing sanitary sewer line which was encased in a mass of concrete preventing the necessary working clearances between the temporary shoring wall and construction of the foundation for the bridge widening. To limit disturbance to the existing facilities, chemical splitting and partial removal of the encasement was performed to provide for the required foundation.

SERVICES PERFORMED
The project included:
• Widening Pine Creek Road (S.R. 4086) to three lanes to provide a center auxiliary turn lane from Route 19 (Perry Highway) to McKnight Road (S.R. 4003)
• Replacement of the existing traffic signal at Pine Creek Road (S.R. 4086) and Route 19;
• Full Subsurface Utility Engineering (SUE) investigation including the relocation of two (2) natural gas lines and adjustments of sanitary sewer and water facilities;
• Extensive Right-of-Way investigation including property acquisition and negotiations for the required improvements;
• Minimization of drainage features including the use of overland swales, upgrading existing detention facilities, and the installation of an underground storage and infiltration facility within an unused infield area which also allows for a future rain garden installation;
• Pedestrian accommodations including sidewalks and ADA accessible curb ramps.