TA staff gathered for the annual holiday luncheon today and fun was had by all. We enjoyed a great lunch, celebrated staff service awards and had a mystery gift exchange.

In the spirit of the season, donations have been made to local food banks in Pittsburgh, Columbus and State College on behalf our our clients. We are grateful to our clients and industry friends for their loyalty and friendship.

Best wishes for a prosperous and healthy New Year! 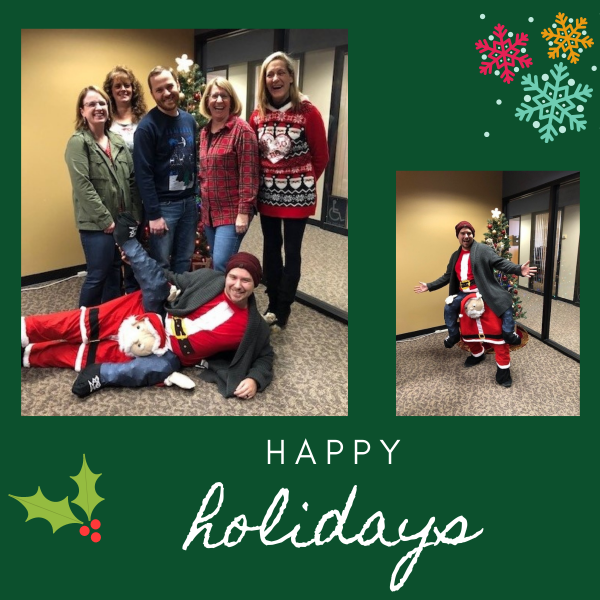 We are excited to announce that Trans Associates has been recognized by the City of Pittsburgh as a Woman-Owned Business entity! Trans Associates offers institutional clients and teaming partners expertise in transportation planning, traffic signal design, roadway design, HOP and transportation studies. Please contact us for more information! 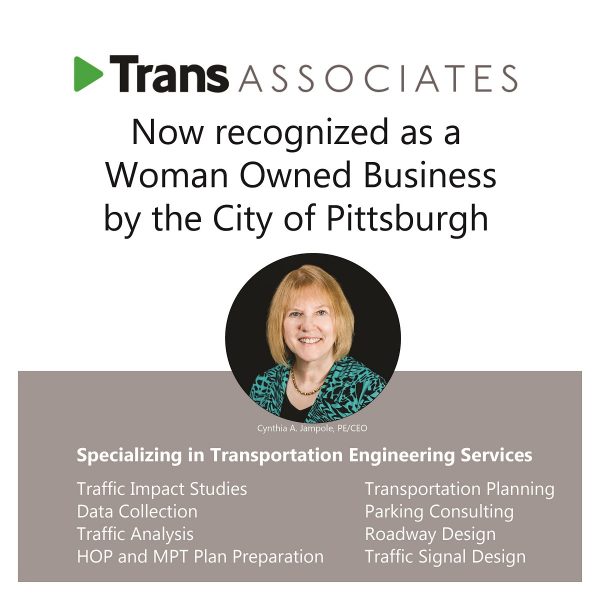 The coronavirus (COVID-19) is changing life as we know it and we want to provide some information regarding how we anticipate conducting business for the foreseeable future.

At this time, the health and safety of our employees is our top priority. We are following the guidance and mandates from the U.S. Centers for Disease Control (CDC) and the Commonwealth of Pennsylvania to minimize the spread of the virus.

Trans Associates has provided employees with the necessary tools to work remotely to meet your needs. We are well prepared to provide the high level of responsiveness and service you’ve come to expect from us, but we ask for your patience.

Alternative pavement material additives have been used for over 50 years as a means to recycle waste products and reduce the bulk material cost of pavement. One famous example is “glassphalt”, which is the addition of crushed glass to asphalt aggregate and binder. Adding glass to asphalt was, and still is an effective way to reduce the use of raw or recycled crushed rock while making use of the thousands of tons of crushed glass that gets generated annually. Now, as we head into 2020 a new and exciting engineering solution is emerging – plastic roads, and it could be a groundbreaking solution to our nation’s plastic waste and roadway health problems.

The concept is simple – just as glass can be used to replace aggregate, plastic can be used to replace the bituminous binder in asphalt. Using plastic as a binder has four major benefits – it can be stronger than traditional binder, the plastic can be mixed quality, it is a direct use of plastic waste, and the plastic effectively permanently embedded in the road; making it virtually impossible for the plastic to deteriorate and get into water runoff.

Unlike the much hyped Solar Roadways which was a promising concept that failed to effectively take off, plastic roadways have working proofs of concept. MacRebur Plastic Roads Company is a start-up based out of Scotland that has been making plasticized asphalt since 2016 and has been installing it around parts of the UK and Australia. The plasticized binder is made from a proprietary blend of plastics that are derived directly from plastic waste products. According to the company’s founder, the innovative binder is stronger than traditional bitumen and less expensive. The use of plastic within a designed mix was inspired partially by a more rudimentary method used in India; where plastic waste was melted directly into potholes to form a plug – much like an amalgam filling.

In the United States, TxDOT has constructed a test road made with a plasticized material in 2016. Instead of using plastic in the pavement directly, plastic was used to create dowel pins that were drilled into the roadway surface and the subgrade and used to reduce lateral motion from soil shifting. Since the plastics are non-biodegradable and generally inert with respect to chemical reactions in soil, they are expected to last an extremely long time, and have already been proven to be effective in reducing shifting within paved sections built on clay soil.

STIC It To The Man

Generally speaking, the use of new and not-yet approved materials and methods within the State of Pennsylvania needs to be reviewed by PennDOT. One recommended avenue of PennDOT review and approval is through the State Transportation Innovation Council (STIC). The purpose of the STIC is to facilitate the rapid implementation of proven technologies and methods that are new to the state. The use of plastic in pavement or in other pavement-related construction could very well be an excellent concept to present to the STIC.

The use of plastic additives derived from plastic waste is a promising emerging technology that has the potential to solve our growing plastic waste problem, while also fixing our crumbling roadways. Here at Trans Associates, we are excited to aid you in exploring this new technology, and to introduce it as a potential solution for your projects or municipality’s transportation challenges.